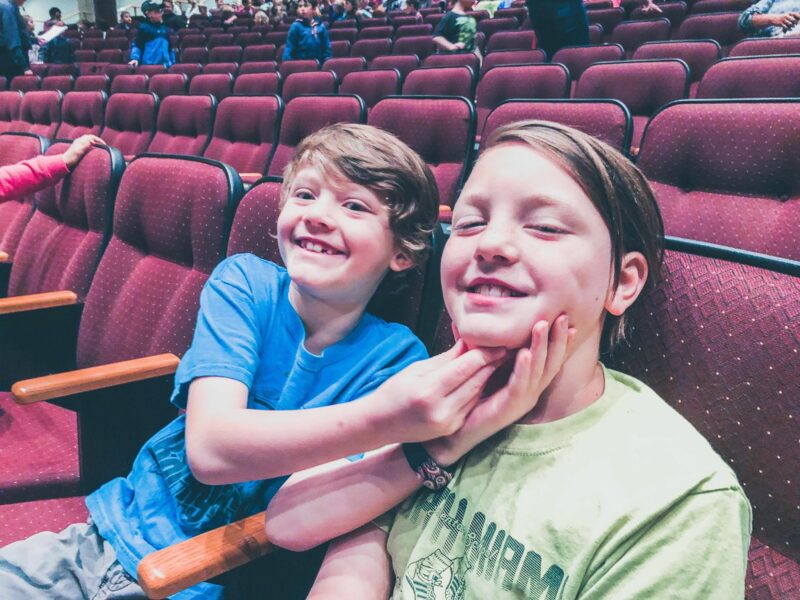 Scrolling Facebook I came across an amazing picture of a little girl wearing softball cleats and a crown… and the story attached. I’ve seen a few senior pictures like this, a picture that shows the empowerment of girls… where a girl will wear a high heeled shoe on foot and a softball cleat on the other. Obviously these pictures are meant to showcase a girls ability to break the mold of what society thinks girls should be, but the picture here, this little girl, I immediately loved it!

I have a daughter who would fit this picture perfectly. She played baseball for 5 years, she’s still in martial arts, but she loves all things girly as well… she’s amazing. After reading the article, I really loved the photographer’s point… girls shouldn’t have to choose princess or athlete… they can be both and I totally agree, but it made me also think about my boys.

The War on Boys 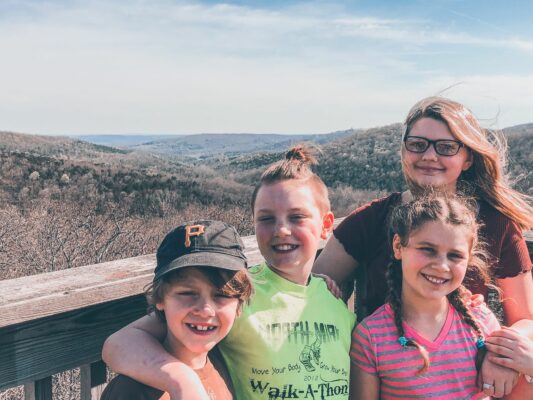 I have 4 children, 2 daughters and 2 sons… and I feel like a pretty progressive woman. It’s true I stay home and homeschool my kids, but my husband and I share chores and responsibilities that once were completely gender specific… he grades homework, does dishes, often makes dinner… not to mention it was my choice to stay home.

Having 2 daughters I am very aware of letting them know that they have choices, they don’t have to fit a mold, but having 2 sons… I am watching a war on boys take place and it is very sad.

After seeing the picture of the amazing softball princess, I posted the following on Facebook…

This picture and pictures like it are everywhere… this is precious and fierce! I see my daughter here… she’s tough and she’s a princess. However… this girl power movement, and again I’m a girl who has daughters, is hurting little boys.

The constant push for little girls to know they can do and be anything… the constant girl power commercials… it’s confusing to boys. I’m also the mom of 2 boys who are CONSTANTLY asking me why girls are more important than boys… and it’s sad.

Yes, women had it rough hundreds of years ago… and even still see some inequalities, but the movement today… it’s a huge overcorrection and is doing exactly to the boys of today, what women claimed was being done to girls of yesterday.

Watch Disney channel… commercial after commercial of how girls can be anything they want, they have the power inside them, they are special and amazing… but not ONE for boys to feel the same. My boys have asked more times than I can count why… and I don’t have an answer. It’s so sad to have your child ask if only girls are special and quite frankly it shows just how wrong this movement is.

I know I’m going to get thrown under the bus for this… but if you know me, you know I don’t care. My boys matter. They aren’t some 1920’s womanizing pigs and shouldn’t have to grow up questioning if they are special or if they matter. I’m sorry if women feel that’s been the case for them, but to turn around and do the same isn’t equality… it’s wrong and petty.

If we want things to be better… we actually have to act better. Just my 2 cents. ?

After that post, I had a few women come up to me over the course of a week or 2… at first I thought to dispute my thoughts, but it was to tell me that they agree… however, none of these woman commented publicly, leaving me to wonder, were they afraid to?

Just Hear Me Out…

I’m a woman, a wife, a mother, a mother to daughters, a friend to many amazing women, and I’m not naïve… I know the inequalities that have been between women and men. There was a time when a man could have his wife admitted into a hospital for almost any issue… sighting mental issues… simply because he wanted to start sleeping with another woman and not go through a divorce.

I also know that there are still issues today. I recently read a post about a young woman wanting a hysterectomy, but was told by her doctor that he wouldn’t give her one… because someday her future husband might want kids… meaning a man made a choice about a woman’s reproductive rights… based on another man that neither had met… that is ridiculous!

But… we aren’t doing ourselves any favors by overcorrecting the problem. 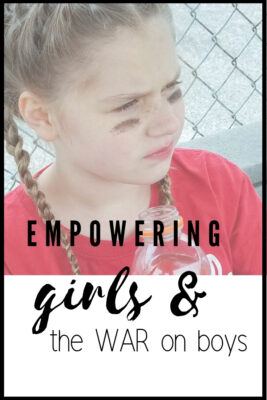 Now… don’t start an angry mob… the empowerment of girls is important and I don’t want to not empower girls… I simply think we shouldn’t be only empowering girls.

As I mentioned, my daughter (pictured), played baseball for 5 years. She was often the only girl on the team and one year she was the only girl in her league… I’m all for empowering girls, I just wonder what kind of men we will we have in 20 years if they’ve never been allowed to think that they too can be anything they want? We shouldn’t only be empowering groups of people… we should be empowering ALL people.

I know that the photographer who took the picture of the softball princess wanted nothing more than to help little girls know that they can be anything or multiple things, that they don’t have to fit into a certain mold. Her pictures are amazing and I applaud her and her work. I just think that as a society, we need to be more aware of the casualties in only empowering girls and be more honest on the war on boys, because if we don’t, I think we will wish we had.