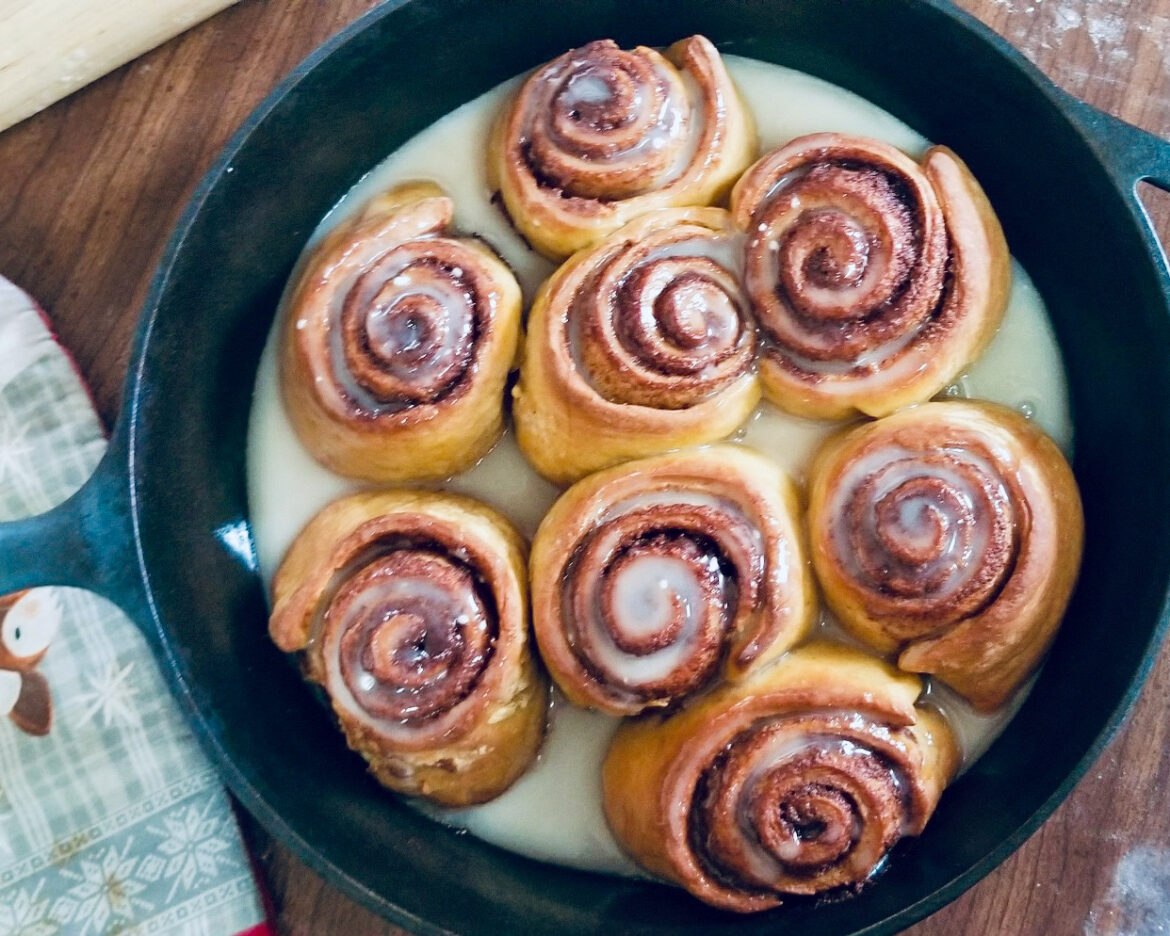 You will want to run, not walk, and make these delicious Pumpkin Bourbon Cinnamon Rolls. These are a delicious addition to the fall season…. or really any time you want to have a little extra in your life.

There’s a local Amish bakery that has good cinnamon rolls and sometimes we stop to grab a half dozen. Every time we do, I say to my hubby, “One day I am going to make these”, but this ends up being in one thought and out the next, but one chill weekend, I decided to give cinnamon rolls a try. The Amish usually use mashed potatoes in theirs and being fall, and at the time, having lots of pie pumpkins… I decided to use pumpkin instead.

Making these takes a little bit of time because the dough rises twice. Mine took a bit longer because I used actual pumpkin vs canned, but using canned pumpkin would be fine. Overall, I loved making them, again, this isn’t a last-minute breakfast, but if you have company or want a special Thanksgiving breakfast… these are perfect, in fact, my kids loved them!

Did Someone Say Bourbon

The roll dough doesn’t have bourbon but the filling and glaze do. The glaze for these is a runny glaze vs a frosting, that you might find on some cinnamon rolls. You could omit the bourbon if you don’t like it or don’t have any… the recipe only calls for a little over a tablespoon, so either way… the rolls will be delicious.
This post has some affiliate links, read more about those here. 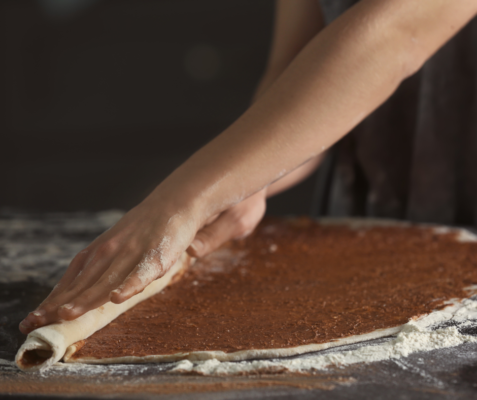 Having never made cinnamon rolls before, I was a bit nervous because rolling the dough to a 16×12 rectangle seemed daunting, but it got there fairly easily. After putting in the filling and rolling the dough up, I used unflavored dental floss to cut the rolls. After the last rise, I popped them in the oven for about 30 minutes, glazed them, let them rest, and then… served them.

All in all… these were amazing, actually they were better than the Amish rolls! It is always awesome to try and make new things and I was happy that I tried them. I plan on making them at some point over Thanksgiving weekend.

What is your go to breakfast during Thanksgiving? Did you give these Pumpkin Cinnamon Rolls a try? I’d love to hear from you… comment below or head over to Facebook or Instagram and join the community! 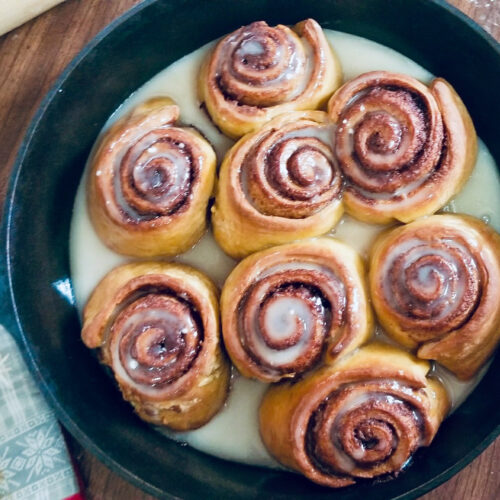