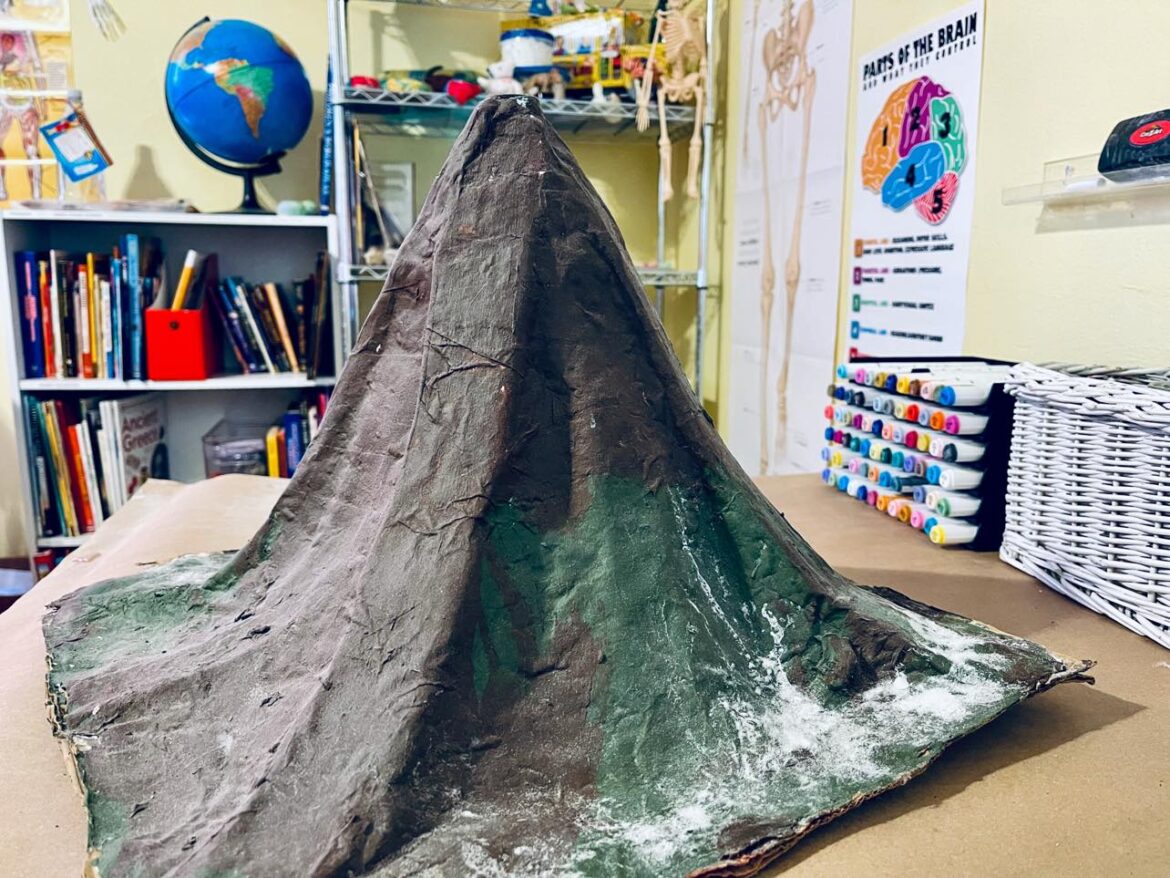 While learning about the Earth we obviously covered volcanoes. The kids and I agreed that making a paper mache volcano would be fun. Volcanoes are a fun topic for kids, they love watching them erupt!

When I started making this I didn’t really take pictures on how to build the volcano (oops!) but the picture that I saw on Pinterest and modeled the structure of… is below (I tried to find where the picture originated but could not find a website).

So here’s what you’ll need 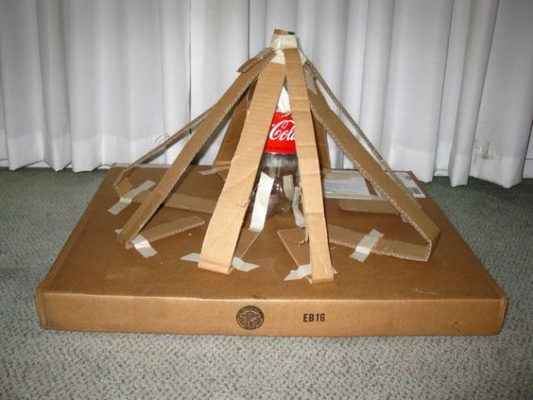 To make the volcano cut a square piece of cardboard for a base, I used the bottom of a pizza box. The bigger the base the less steep your volcano will be.

Next, tape the bottle to the top of the base.

Lastly, cut strips of cardboard, tape them to the base, and then attach them to the top of the plastic bottle. Your structure is done! Now that you have your structure you can move on to the paper mache.

Your choices in making homemade paper mache are…

We used the baked flour method! 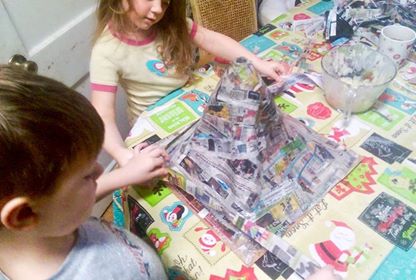 Dip your newspaper strips into your paper mache and start going around the volcano’s structure. Make sure you also put some of the strips on the base and smooth it out to make it all look connected.

Once you have your base how you would like it, you have to let it dry and that can take awhile, I don’t remember how long our volcano took because we decided to work on it the same day the following week.

After it has dried, and make sure it is dried thoroughly, you can paint it how you want. If you google paper mache volcanoes, you will see that how they are painted, varies!

After the paint has dried you can move onto the fun part… the eruption! For that you will need… baking soda, white vinegar, and a funnel, also for fun you can add some red dye to the mix, though we were out when we did this project.

To make the volcano erupt simply put about 4 Tbsp of baking soda into the bottle and then pour about a cup of vinegar, give it a few seconds and it will begin to erupt! This doesn’t explode but make sure you do this on a surface that can get wet.

To add to the fun of volcanoes, we got a few books on volcanoes and some igneous rocks for some more hands on learning! If making a volcano is too much or if time is short… grab one of these kits!

Below is a video of our volcano in our tub! The best part is that we have been able to reuse our volcano several times and when we aren’t using it, it looks nice on our shelf!

I hope you enjoy making a paper mache volcano! I’d love to see yours, so if you do a volcano experiment of your own… don’t forget to tag @BemandFam on Facebook or Instagram!