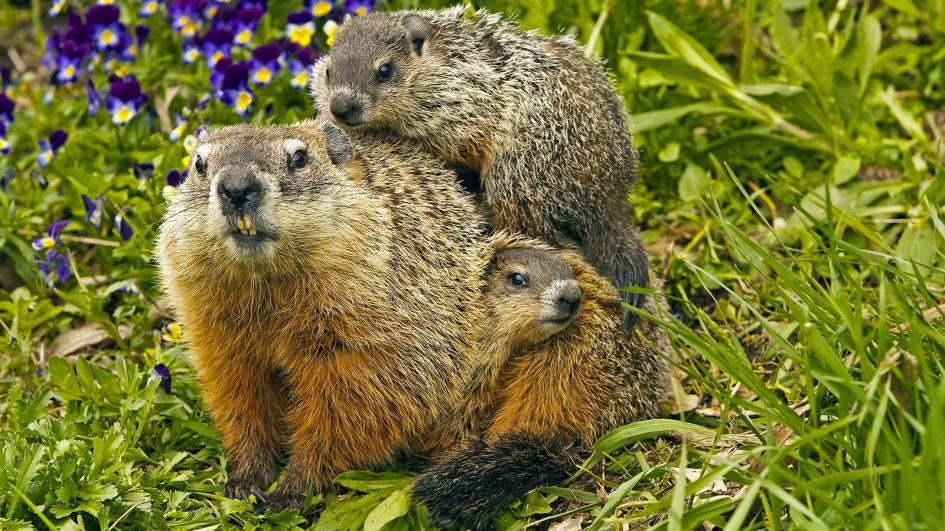 Groundhog Day or Groundhog’s Day… that is the question!

Most people say the latter but actually the day is formally known as Groundhog Day, and it’s a little holiday in February that gives us all hope that spring weather is coming soon. Most people overlook it BUT as the long winter months drag on for those of us in the north… a reason to celebrate the thought of warm weather… well, it’s a great distraction! 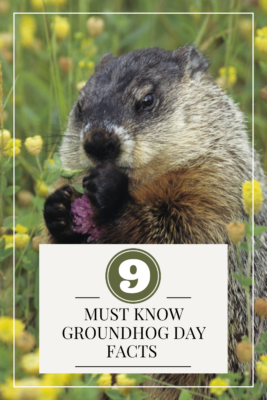 1. A groundhog, depending on your region, is also known as a woodchuck, whistle-pig, or a land-beaver. A groundhog’s diet consists of lots of greens, fruits, and vegetables and very little water. Most of their liquids come from dewy leaves.

2. Groundhogs are the only mammals to have an official holiday dedicated to them in the United States.

3. When groundhogs hibernate, and they are one of the few animals that truly do, they slow their metabolism and drop their body temperature to just a bit warmer than the place where they’re sleeping. Their bodies can reach temperatures as low as 30 to 40 degrees Fahrenheit. Also, Insects do not bother groundhogs and germs pretty much leave them alone. They are resistant to the plagues that periodically wipe out large numbers of wild animals, especially other rodents. One reason for this is their cleanliness. Side note… Opossums are also amazingly resistant to most diseases too and they eat tons of ticks… just sayin’ #opossumlove

4. The Punxsutawney Groundhog Club claims that a magical punch extends Phil’s life (hey, maybe it does), but wild groundhogs only live around six to eight years maximum and captive animals 14 years max.

5. The crowds at Punxsutawney, PA, during Groundhog Day, can swell up to 8 times the normal population… to about 40,000… that’s a lot of people, but the celebrations are catching on in other areas too. In Wisconsin, Texas, New York, Washington DC, several towns in Canada, and even in recent years, a few cities in Russia… people are gathering to celebrate Groundhog Day! It’s really catching on!

6. The origin of Groundhog Day comes from Catholics celebrating Candlemas, a day where priests would bless candles 40 days after Christmas. Centuries ago in Germany, Catholics believed if the weather was clear and sunny on Candlemas, then a longer winter was expected. However, non-Catholics in the area had been using hibernating mammals to “predict” the weather for some time. Actually, bears were originally used in this way, which sounds scary to me, but as they got scarce, other animals were substituted.

When the settlers known as the Pennsylvania Dutch settled in America, they brought the blended tradition with them. Though the day sometimes was referred to as Badger Day,  somehow the groundhog won out, perhaps because of the abundance of groundhogs in the Pennsylvania area. The first documented American reference to Groundhog Day, can be found in a diary entry, dated February 4, 1841, of Morgantown, Pennsylvania, storekeeper James Morris, where it was associated with Candlemas.

7. Punxsutawney Phil has predicted 103 forecasts for winter and 17 for an early spring, though most of those early spring predictions have been wrong. Over in New Jersey, Staten Island Chuck, uses a math formula to figure out if spring will be early. While in Canada, Nova Scotia’s Shubenacadie Sam has an accuracy rate of about 45% while Ontario’s Wiarton Willy is at about 25%.

8. During warm weather, groundhogs can eat up to a pound of vegetation at a time. Eating like this helps during hibernation, but it is much like a person eating 10% of their body weight in one sitting.

9. The movie Groundhog Day was filmed in a town in Illinois, called Woodstock. No one knows for sure how long Phil was stuck repeating his Groundhog Day in the above mentioned movie, but reports vary from 10-10,000 years. The movie Groundhog Day, has been considered a tale of self-improvement  and has become an illustration for the concept of spiritual transcendence, making the film a favorite of Buddhists. It has also, in the Catholic tradition, been seen as a representation of Purgatory. It has even been dubbed by some religious leaders as the “most spiritual film of our time”.

I hope these 9 Groundhog and Groundhog Day facts (and 1 opossum fact) bring some fun to your day… maybe they will help on trivia night. Help spread the love for groundhogs by sharing this post!

Looking for a some fun for the family… check out this quick printable pack to add to the fun! 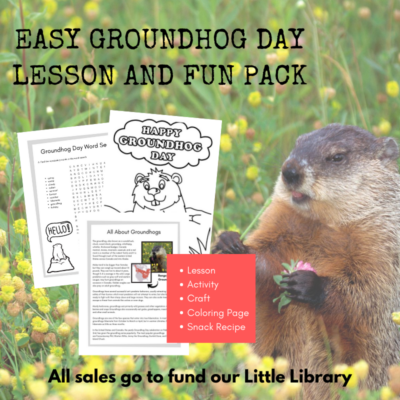